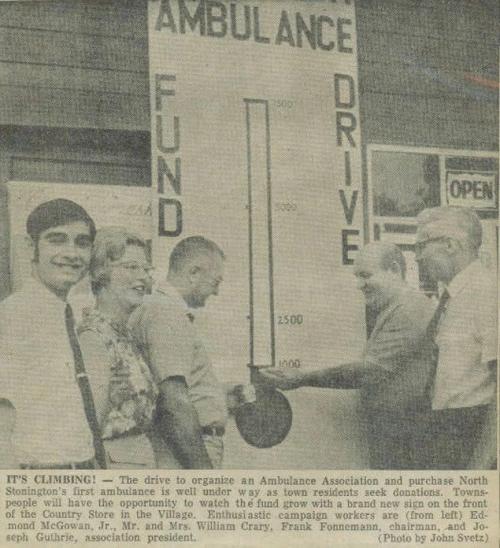 Our history begins on August 4, 1970 in the living room at 46 Babcock Road. It was here that a group of about thirty Town residents, led by young Edward McGowen Jr. (pictured at left), began setting the framework for the North Stonington Ambulance Association.

The group who attended that first living room meeting became the life-blood of the Association. They went on to serve as officers, dispatchers, and teams who provided years of emergency medical services to the Town of North Stonington. 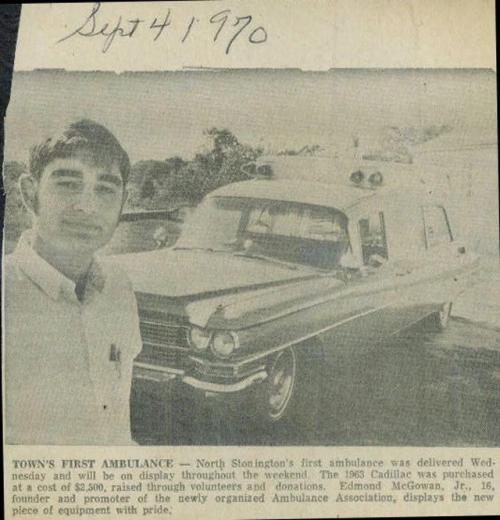 Just a few months later, the Association purchased its first ambulance: a 1963 Caddilac, affectionately known as the Blue Beetle.

During the 1970s, the Association's new members focused on training to provide the best patient care when called upon to respond. 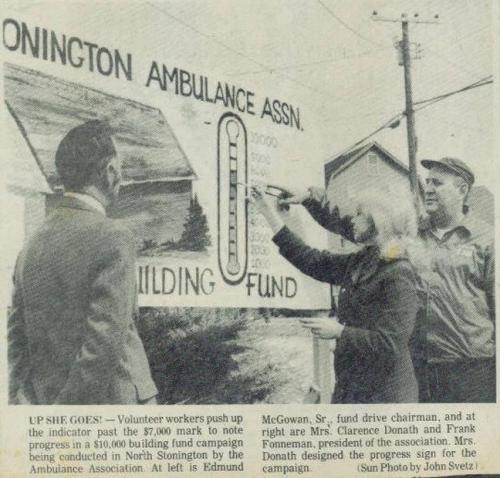 Towards the end of this first decade in service, NSAA recognized the need for more space and a building dedicated to our function. The volunteer members conducted countless fund drives, spent their evenings going door-to-door asking for donations, and even contributed their own money to the goal of constructing a new building. 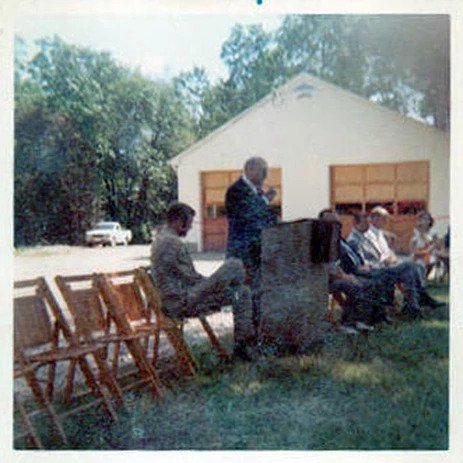 In 1980, the combination of a successful fund drive, a generous property donation, and countless hours of donated construction labor by the members themselves all came together. The North Stonington Ambulance Association building located at 10 Mains Crossing Road was completed and dedication ceremonies were held.